Who can apply for child custody?

When parents are separated or divorced in fact, custody of children or adolescents is 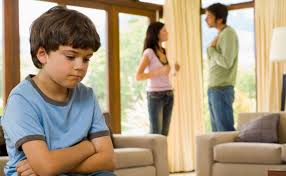 determined by agreement between the parents and considering the acceptance of minor child.

If parents do not agree to obtain the child custody, who resolves this issue?

If there is no agreement between the parents (for example Conciliation) or if somebody is harmful to the children, a judge will determine according to the best interests of the child or adolescent. The Judge may also give you joint legal custody.

Depending the age of the children, which one of the parents stay when they do not agree?

In most cases, the judge will determine in accordance with the age of the child. A 7 year old boy would remain in charge of the father and a daughter and at an age below 7 is to be taken care of by her mother, unless the court determines otherwise.

Could there be a variation of child custody?

If there is a joint custody could convert into a sole custody. When the parents are separated in fact, what most favorable for the child will be considered.

Where necessary a custody order can change. In this case the Judge will pursue this with assistance from a multidisciplinary team, which will be done in a progressive manner so that it does not cause any harm or disorder to the child. In circumstances where the child may be in danger, the judge will order the sentence to be fulfilled immediately.

What if one parent takes the child without the acceptance of the other?

The parent who wishes to be granted the right of legal custody will bring a judicial action with the birth certificate. It is necessary to prevent international child abduction if a parent is abroad.